Once the beating heart of the former Alphington Paper Mill and now an equally fundamental part of the heritage YarraBend community, Boiler House sees Glenvill Developments respectfully reimagine the 1920s heritage building. Whilst connecting its residents to history, the apartments of Boiler House tell the story of a bold pursuit of progress.

Constructed on the heritage paper mill site of YarraBend, a new neighbourhood with historic roots in Melbourne’s riverside Alphington, Boiler House represents an intertwining of past and present. Inside its distinctive red brick exterior sat the equipment that helped to power the site for almost a century, turning the building from a collection of bricks to a symbol of industrial vigour. As YarraBend evolves – embracing its location a mere six and a half kilometres from the CBD and with over 300 metres of river frontage and direct access to the Yarra Trail – Glenvill Developments adapts the building to ensure that the past does not jar with the future, but rather makes a meaningful contribution.

With Boiler House being the last building within the heritage precinct to be developed, Glenvill Developments has purposefully maintained the architectural integrity of the building, enriching the residential experience. 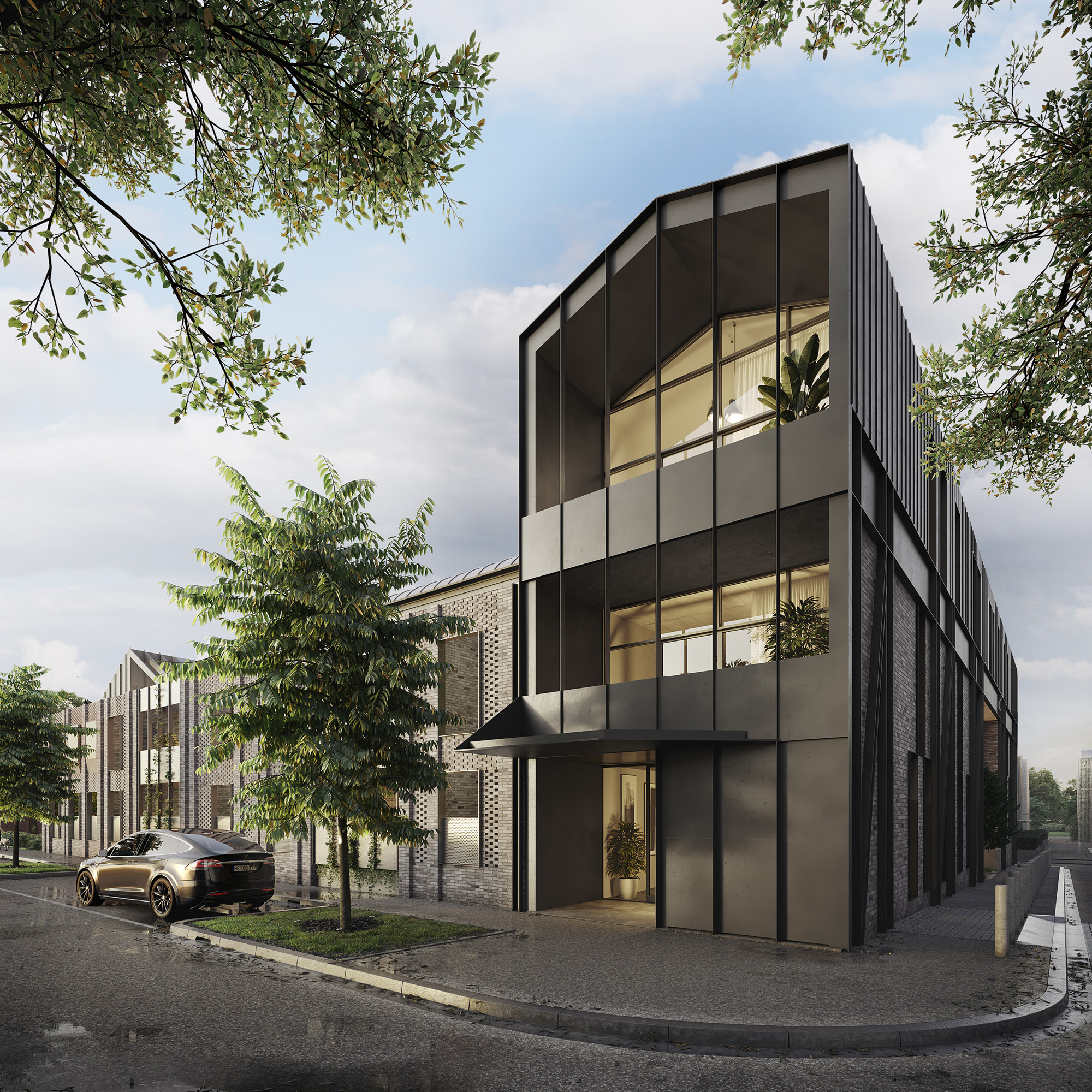 With Boiler House being the last building within the heritage precinct to be developed, Glenvill Developments and Jackson Clements Burrows Architects have purposefully maintained the architectural integrity of the building, enriching the residential experience. Aligning with and celebrating the ad-hoc nature of the formerly industrial buildings on the site, the new works – 15 luxury apartments including two characterful, light-filled penthouses and seven double-storey lofts – see considered architectural forms respond to the individual qualities of the original boiler houses. Every dwelling is bespoke – no two floorplans are the same – and through the unique character of each residence, Boiler House is separated from typical multi-residential developments. Outside, the retained original red brick façade and conical chimney speak proudly of the building’s past, alongside the iconic APM motif. Sitting in front of the building are the tank and basin of the 1920s construction, serving as strong reminders of its historical significance.

Internally, Boiler House solidifies its vital role within the local community, providing a setting for new memories to be made. As YarraBend strives to fulfil its potential as one of the world’s most liveable suburbs by 2025, as predicted by trends forecaster The Future Lab, the quality of living suggested by Boiler House certainly feeds into this goal. Reassuringly, the history of Boiler House remains tangible throughout, carefully referencing the materials, tones and forms of the heritage buildings to create an industrial yet elegant aesthetic. The building functions cohesively with the other amenities of the area – such as The Hub, rain water tanks, prize-winning sculpture, Health and Wellness Centre, Worklab and Artisan Food District – which seek to underpin the six pillars upholding the community: technology, sustainability, art and design, health and wellness, knowledge and food and entertainment.

Reassuringly, the history of Boiler House remains tangible throughout, carefully referencing the materials, tones and forms of the heritage buildings to create an industrial yet elegant aesthetic. 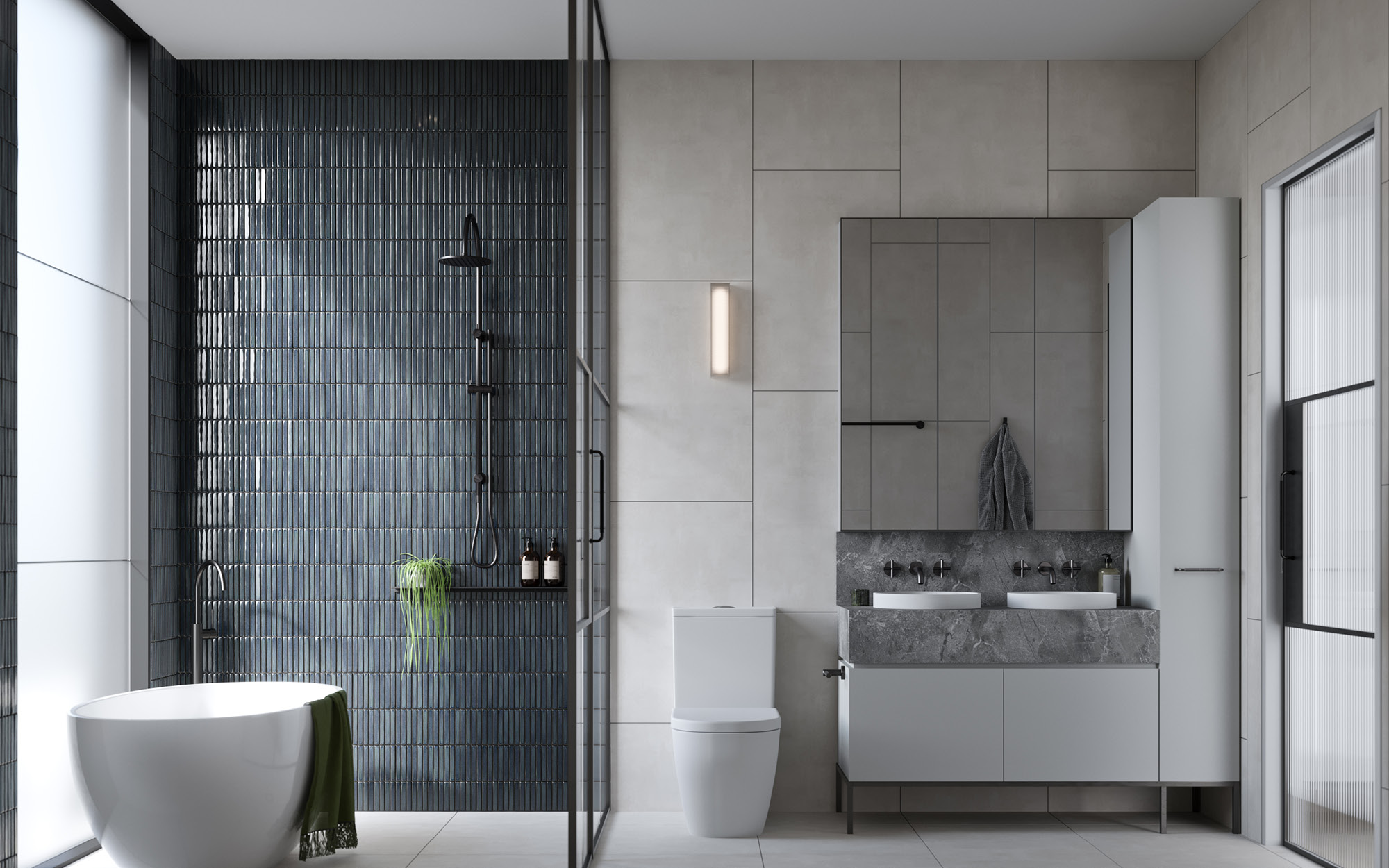 Premium appliances by Smeg add a luxurious touch to each apartment kitchen, ceilings soar up to six metres in height and timber floors warm every home, while stainless steel and fluted glass celebrated. Both options for the interior colour palette, which can be selected by residents, are consciously inspired by the 1920s building of old with the ‘Ink Scheme’ featuring deep blue joinery and the ‘Heritage Scheme’ applying timber. Each apartment is brought to life beneath exposed concrete soffits that accompany a carefully-planned lighting scheme. By retaining the existing openings to the House, Glenvill Developments offers a direct sightline from Boiler Lane to Heritage Park, encouraging residents to engage with the historic fabric of the site.

Guided by its past, Boiler House is now ready for the future. Glenvill Developments secures the position of Boiler House within the YarraBend community, so that the building may be actively enjoyed for years to come. 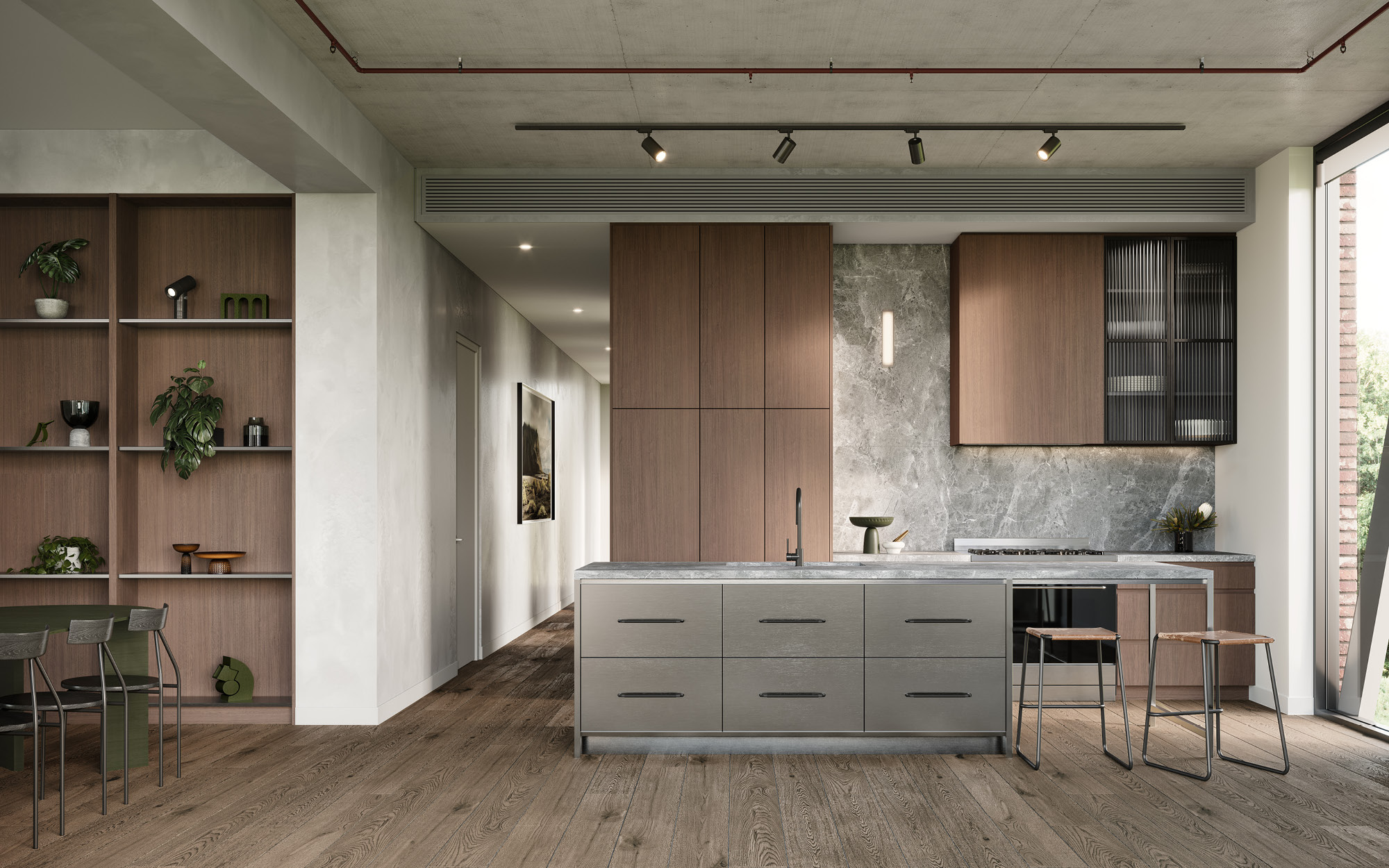 For more information and register your interest in Boiler House, visit yarrabend.com.au/boiler-house